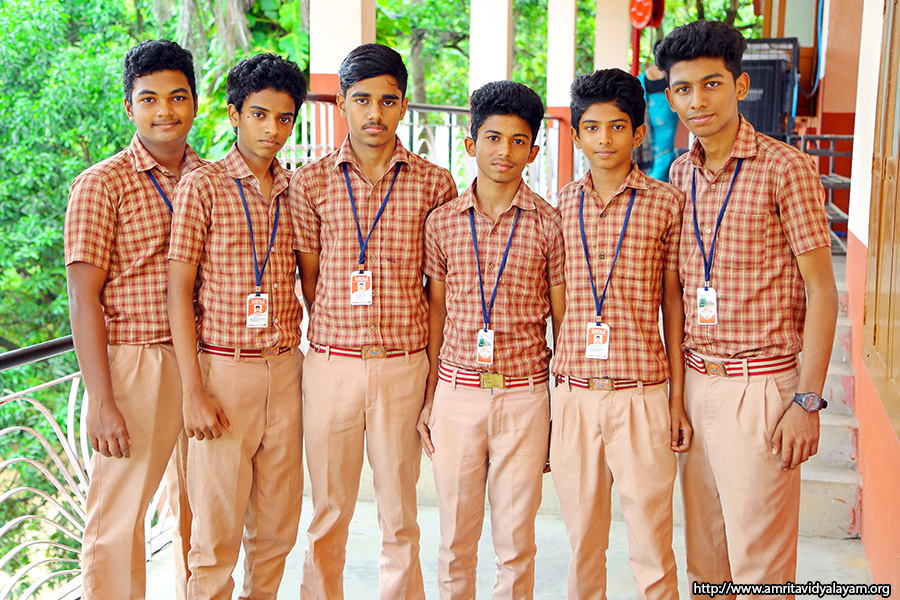 On December 10, 2015, 6 students of Amrita Vidyalayam, Perumbavoor became role models by getting an old man who was hit by a vehicle to the hospital just in time. 85 year old Kasima was hit by a car while crossing the road. He fell down, breaking his leg and sustaining serious injuries to the head. Sandhyagu R., Jayasurya P.J., Muhsin K.H., Swaroop Sunil, Charan S. and Mithun Raj of class X got him into a nearby auto rickshaw and took him to Perumbavoor Taluk Hospital.

As per the directions of MHRD regarding reducing the weight of school bags, Amrita Vidyalayam schools are restricting the subjects for Standards 1 and 2 to English, Mathematics, and second and third languages. Standards 3 to 5 will have EVS in addition to the above subjects.

Your application has been successfully submitted. Thank you for applying to Amrita Vidyalayam, Perumbavoor.

Our administrative executive will contact you back at the earliest.